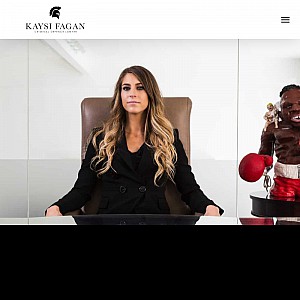 Jeffrey I. Reisman is a respected and well versed Toronto criminal defence lawyer with the experience, compassion, and care to help you with...

For the best representation from Criminal Defence Lawyers, Dr. Martine Marich and her team of experienced criminla lawyers will guide you...

Ms. Fagan is a recognized expert in the field of criminal law. Formerly based at the headquarters of the International Police (INTERPOL), she is the only practicing criminal defence lawyer in Canada with three law degrees (including two masters) from three different countries. She has been a sessional Professor at the University of Calgary, Faculty of Law since 2018, exclusively teaching “Advanced Criminal Law” to the next generation of aspiring criminal lawyers. She is a Faculty member with the Law Society of Alberta who teaches other lawyers. She has lectured high-ranking members of the RCMP Major Crimes division on the importance of the constitutional “right to counsel”. She is, in short, a sought-after educator. Ms. Fagan has a diverse practice defending any and all criminal charges under the Criminal Code of Canada and the Controlled Drugs and Substances Act – no charge is too big or too small and payment plans are available. She has defended drug prosecutions from personal possession of low-level drugs, to the largest heroin importation seizure in Canada; allegations of simple assault to complex first degree murder charges; from small thefts to multi-million dollar frauds and all sexual and domestic assault allegations. In addition to her base in Calgary, Ms. Fagan has been retained to defend prosecutions across Alberta, British Columbia, Saskatchewan, Ontario and the Northwest Territories.