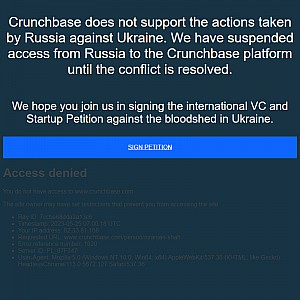 Advantage offers a full line of fluid circulating machinery to support all areas of your processing facility.

Nitin Khanna is Multifaceted As an Investor, Ceo, & Entrepreneur

Nitin Khanna is a Portland-based CEO, entrepreneur, and investor. He is the Founder and former Chairman of Mergertech, M&A advisory firm...

Niranjan Shah is the co-founder of Globetrotters Engineering Corp and the founder of Globetrotters International, Chicago-based engineering, architecture, construction management, and consulting firms that employ over 250 professionals. Globetrotters partook in notable projects throughout Chicago including the Deep Tunnel Project, the Midway International Airport’s Redevelopment, John Stroger Jr. Hospital, McCormick Place Expansion, and design and facility management of O’Hare Airport’s International Terminal 5. Globetrotters engineering projects have expanded across the world into the Philippines, Indonesia, and Belize on behalf of USAID. Shah grew up in a small Indian village before moving to the U.S. in 1970, where he earned his Master’s Degree in Civil Engineering from the University of Mississippi. He grew his education through management training at Harvard Business School. In addition, Niranjan Shah is passionate about public service and prioritizes giving back to the community. He extends a helping hand from small villages in India to areas of need in the United States through organizations including the Shah Center at McHenry County College, Leading India’s Future Today (LIFT), and Sister Cities International. He has been continually recognized for his contributions to improving Indian and U.S. relations. In addition, Shah was a recipient of the Ellis Island Medal of Honor, and the prestigious Pravasi Bharatiya Samman Award of 2006 by the Government of India.